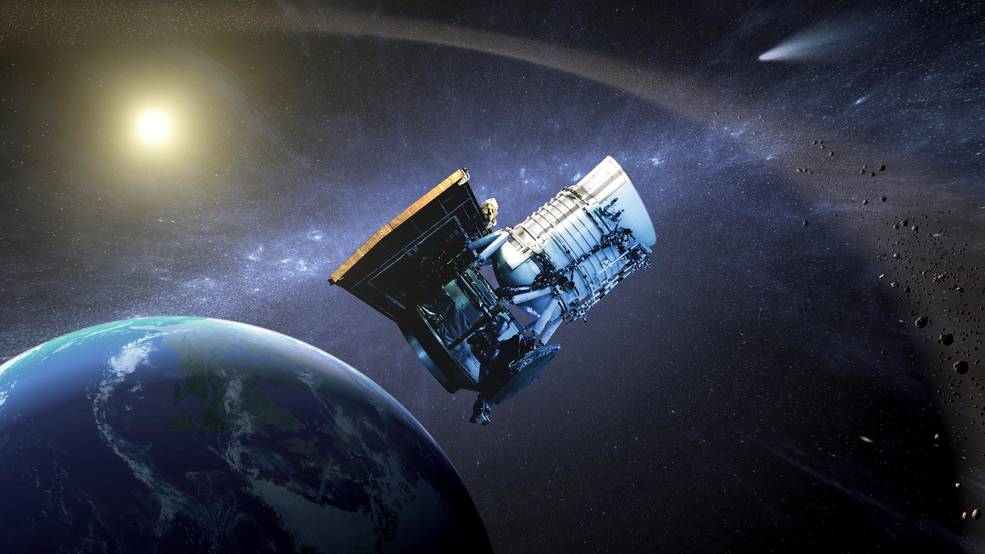 Artist’s concept of NASA's WISE (Wide-field Infrared Survey Explorer) spacecraft, which was an infrared-wavelength astronomical space telescope active from December 2009 to February 2011. In September 2013 the spacecraft was assigned a new mission as NEOWISE to help find near-Earth asteroids and comets. Credit: NASA/JPL-Caltech

"At NASA, we’re always looking up, surveying the sky daily to find potential hazards and exploring asteroids to help unlock the secrets of the formation of our solar system,” said NASA Administrator Bill Nelson. “Using ground-based telescopes, over 26,000 near-Earth asteroids have already been discovered, but there are many more to be found. We’ll enhance our observations with space-based capabilities like NEOWISE and the future, much more capable NEO Surveyor to find the remaining unknown asteroids more quickly and identify potentially-hazardous asteroids and comets before they are a threat to us here on Earth."

Originally launched as the Wide-field Infrared Survey Explorer (WISE) mission in December 2009, the space telescope surveyed the entire sky in infrared wavelengths, detecting asteroids, dim stars, and some of the faintest galaxies visible in deep space. WISE completed its primary mission when it depleted its cryogenic coolant and it was put into hibernation in February 2011. Observations resumed in December 2013 when the space telescope was repurposed by NASA’s Planetary Science Division as "NEOWISE" to identify asteroids and comets throughout the solar system, with special attention to those that pass close to Earth’s orbit.

"NEOWISE provides a unique and critical capability in our global mission of planetary defense, by allowing us to rapidly measure the infrared emission and more accurately estimate the size of hazardous asteroids as they are discovered,” said Lindley Johnson, NASA's Planetary Defense Officer and head of the Planetary Defense Coordination Office (PDCO) at NASA Headquarters in Washington. “Extending NEOWISE’s mission highlights not only the important work that is being done to safeguard our planet, but also the valuable science that is being collected about the asteroids and comets further out in space."

As asteroids are heated by the Sun, they warm up and release this heat as faint infrared radiation. By studying this infrared signature, scientists can reveal the size of an asteroid and compare it to the measurements of observations made by optical telescopes on the ground. This information can help us understand how reflective its surface is, while also providing clues as to its composition.

To date, NEOWISE has provided an estimate of the size of over 1,850 NEOs, helping us better understand our nearest solar system neighbors. As of March 2021, the mission has made 1,130,000 confirmed infrared observations of approximately 39,100 objects throughout the solar system since its restart in 2013. Mission data is shared freely by the IPAC/Caltech-led archive and the data has contributed to over 1,600 peer-reviewed studies. The University of Arizona is also a key partner of the NEOWISE mission as the home institution of the NEOWISE principal investigator, Amy Mainzer, who is a professor of planetary science at the University’s Lunar and Planetary Laboratory. 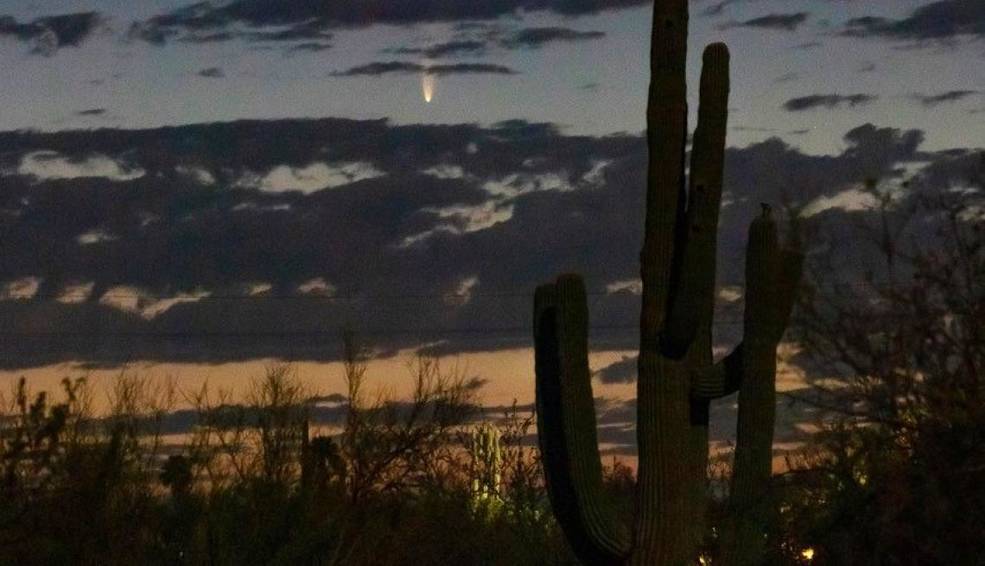 Among its many accomplishments after its reactivation, NEOWISE also discovered Comet NEOWISE, which was named after the mission and dazzled observers worldwide in 2020.

NEOWISE’s replacement, the next-generation NEO Surveyor, is currently scheduled to launch in 2026, and will greatly expand on what we have learned, and continue to learn, from NEOWISE.

"NEOWISE has taught us a lot about how to find, track, and characterize Earth-approaching asteroids and comets using a space-based infrared telescope," said Mainzer. "The mission serves as an important precursor for carrying out a more comprehensive search for these objects using the new telescope we’re building, the NEO Surveyor." Mainzer is also the lead of the NEO Surveyor mission.

The NEOWISE project is managed by NASA’s Jet Propulsion Laboratory in Southern California, a division of Caltech, and the University of Arizona, supported by NASA’s PDCO.